IDAOPI is a useful indicator to understand the levels of deprivation in an areas, specific to those aged 60 or over and can be useful to evidence need in a specific area of the City. 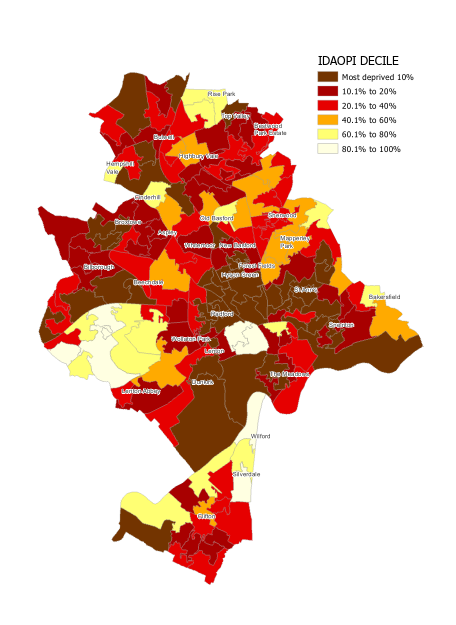 Nottingham ranks 20th most deprived out of the 317 districts in England using the IDAOPI Average Score measure.   This compares with 18th in 2015.

The ‘scores’ for IDAOPI are the proportion of over 60’s in an area experiencing Income Deprivation. 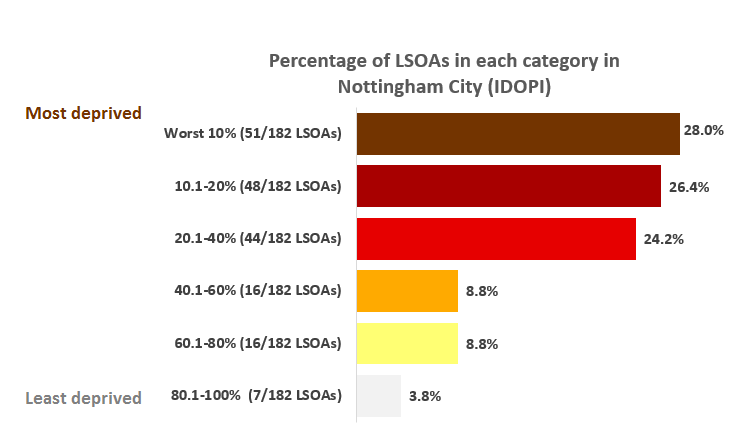 LSOAs in the 10% most deprived in Nottingham City

To find out all Lower Super Output Areas which fall in the 10% most deprived in Nottingham City please see the following links below. 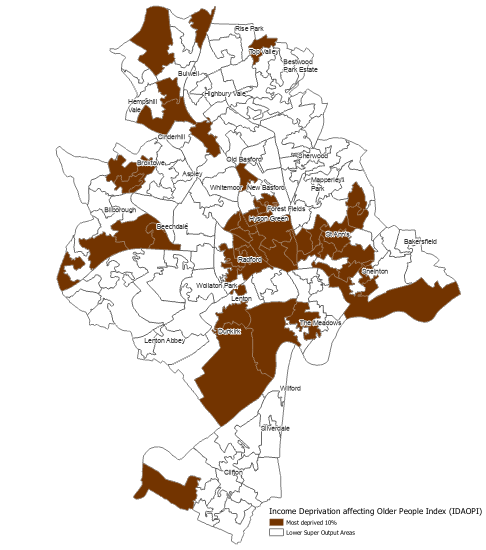